A Double Win for Dibble Engineering at the 2016 ACEC Engineering Excellence Awards Banquet!

The Dibble Team received the coveted "Grand Award" at this year’s ACEC Engineering Excellence Awards Banquet for the CHD Runway Safety Area Drainage Improvements Project for the City of Chandler. Additionally, our project was selected for the "People’s Choice Award," which resulted from votes cast by those attending the banquet. Team representatives from the City of Chandler, Talis Construction and subconsultant team members Speedie, SWCA and Kenney were in attendance at the event as well.

Dibble Engineering
Client: City of Chandler – Chandler Municipal Airport
Project Name: CHD Runway Safety Area Drainage Improvements
Sharing airspace at the end of a busy runway with waterfowl can create a very dangerous situation. The project design solution included the connection of the airport retention basin to an adjacent regional basin which now work together to satisfy the drainage requirements of both systems simultaneously. The resulting system greatly simplifies operations at CHD and the risk of bird strikes is significantly diminished by now draining the basins within 36 hours. "Thank You" Dibble Engineering for resolving this danger at CHD which is one of the nation’s 50 busiest general aviation airports. 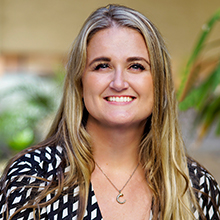