Dropping a traffic lane – whether for a temporary work zone or a permanent arterial lane drop – can be a source of much traffic delay, congestion, and driver frustration. This is because drivers often see a lane drop as something they need to wait in line for long before the lane is dropped. Drivers often think the lane that remains open has priority over the lane that is being dropped. Hence, they merge early and get in line to take their turn to use the remaining lane. While this type of driver behavior is fine when traffic is light, it can be a disaster during high traffic times! These early merging behaviors effectively cut capacity in half, leading to long queues and high levels of congestion.

To combat this, the Minnesota Department of Transportation (MnDOT) came up with the “zipper merge” many years ago. The zipper is a metaphor to let drivers know what they need to do at lane drops so they can operate more effectively. The idea is to use both lanes all the way to the merge point and then take turns (or “zipper” together) when the two lanes become one.

While not a new concept, the zipper merge is still an underutilized approach to merge traffic flows at lane drops. Though it offers significant operational advantages, it does not appear in the 2009 Manual on Uniform Traffic Control Devices (MUTCD) Update for temporary lane drops due to construction. Additionally, it is not a concept that has been used for permanent lane drop merges. Furthermore, there is still a lack of public knowledge and information on what drivers should do at lane drop merges, as seen in an “Ask Marilyn” column that appeared in a 2019 Parade Magazine:

“Say you’re driving on a highway with two lanes going the same direction. A sign advises motorists of a lane closure ahead. When should cars move into the lane that will remain open?” –Elaine Willette, Shelby Township, MI

“Drivers should remain in their lanes until the point at which they must merge. Then they should take turns as they arrive, consolidating the two lines of cars into a single line. This takes advantage of both lanes until the place where the closure occurs and avoids spontaneous lane-changing and brake-tapping slowdowns ahead of time. Drivers who happen to already be in the lane that will continue should not consider themselves to be entitled.”  – Marilyn vos Savant, June 16, 2019

The zipper merge is innovative because it offers an opportunity for more effective lane closures during peak traffic periods by letting drivers know what to do. The zipper merge “zips” two lanes of traffic together in an organized and intuitive way that allows for better utilization of capacity – giving a gap and taking a gap to keep traffic moving. So, Marilyn vos Savant’s reply is spot on.

Current MUTCD guidance for lane closures or reductions utilizes standard merge signage, with the expectation that drivers will wait until the merge point to merge. While a late merge may make sense in theory, in practice we tend to see drivers merge much earlier than needed. This results in an underutilization of available lane space for both temporary and permanent lane drops, leading to congestion and increased travel time.

While some early merging behavior could be attributed to driver confusion about the actual merge point, much is because drivers believe the lane being dropped does not have the same priority as the lane remaining open. Thus, they merge early into the open lane to ensure they get their turn to merge. This could be dubbed “the curse of the W4-2,” since the standard warning sign used for lane drops implies that the lane being dropped is a lesser priority than the lane that remains open, which can cause less-than-ideal merge behaviors.

To help mitigate these issues, the zipper merge encourages the use of both lanes until the merge point, then asks drivers to merge fairly by taking turns. It is important to see the two lanes leading up to a merge point as storage lanes that place vehicles in a better position to merge while keeping the maximum density and the queue moving as drivers take turns merging. The benefits are significant and include better lane utilization, queue reduction, and better headway.

Again, the zipper merge (or late merge) is not a new concept; a simple internet search will provide quite a bit of information. For example, MnDOT’s guidance lists the warrant for the zipper merge as 1,500 vehicles per hour and credits the zipper merge with reducing queueing by up to 40%, removing lane speed differentials, and reducing congestion. Relevant American Traffic Safety Service Association (ATSSA) guidance includes Guidance for the Use of Dynamic Lane Merging Strategies and Treating Potential Back-of-Queue Safety Hazards.

While CM signs can be effective in implementing a zipper merge during temporary lane reductions, the question arises if standard MUTCD-style signage could more directly convey required driver behaviors for zipper merges. A modified W4-2 sign with a two-sided taper instead of one could convey that both lanes are on equal footing in terms of capacity utilization and merging – in other words, both lanes have priority to the merge point. Additionally, the advance sign sequences could be accompanied with supplemental plaques with some of the following messages to reinforce driver behaviors:

In conclusion, the zipper merge is a highly effective merge strategy for temporary lane drops, so why not use it for permanent lane drop merges too? This could easily be implemented by modifying lane drop signage to give drivers better information on what they need to do and educating drivers on the proper way to utilize zipper merge techniques. By working together, we can reduce queues and congestion while merging. 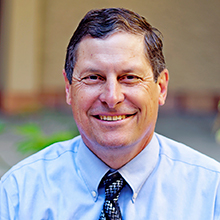