The City of Tempe widened and restriped McClintock Drive to provide three southbound and two northbound vehicular travel lanes, as well as adjacent bike lanes in each direction, from Del Rio Drive to Apache Boulevard.  The existing striping was obliterated throughout the project limits, a microseal was provided for the entire roadway width, and new striping was applied for the revised lane configuration. Dibble provided survey, roadway, structural, signal and striping design, public outreach support for the City, and final construction documents.

Dibble provided final design of the roadway widening improvements on McClintock Drive and the impacted curb returns  for the intersecting cross streets. From Apache Boulevard to Broadway Road, the existing roadway width accommodated the proposed lane configuration of three southbound, two northbound and bike lanes except at the Union Pacific Railroad (UPRR) Overpass. The UPRR bridge created a width constraint for the corridor that did not accommodate the typical lane configuration mentioned previously. The roadway was restriped to include two northbound lanes with a northbound bike lane and three southbound lanes. The existing concrete planter boxes within the bridge area on the west side of the roadway was removed.

On McClintock Drive south of Apache Boulevard, the Union Pacific Railroad (UPRR) bridge results in a narrower typical section than the rest of the corridor improvements. To accommodate a wider sidewalk for both bicycles and pedestrians, the City decided to remove the existing concrete planter boxes north and south of the bridge on the west side of the roadway. Structural design, detailing and drafting services were provided to address the planter box removal, modifying the remaining retaining wall in front of the embankment slope, and constructing a wall from the bridge abutment to the existing retaining wall. There were four existing streetlights currently located within the planter boxes that were relocated behind the remaining retaining wall. 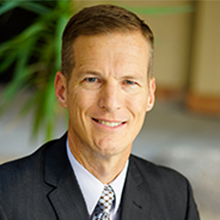