Dibble, as the prime consultant with DWL Architects as the architectural subconsultant, provided planning, engineering, design, and construction phase services for the new 17,997-square-foot terminal facility. Prescott Regional Airport (PRC) needed to replace its terminal building that was built in 1948 to provide upgraded and modernized facilities for residents and travelers in the region. The new terminal at PRC was a highly public and complex project bringing exponential value to the region. As the 18th busiest airport in the nation based on total aircraft operations, PRC’s growth is imperative to the region’s economic development and wellbeing.

The Federal Aviation Administration (FAA) provided a $10 million supplemental funding grant through the CARES Act, and the Arizona Department of Transportation (ADOT) provided a $1 million grant. Dibble assisted PRC with the grant applications to obtain this funding.

As part of Dibble’s role as the prime civil engineer, the team designed a new signature roadway entrance to the new terminal to align with recent improvements to the adjacent State Route 89. Additionally, the Dibble team generated a design for the terminal roadway system; terminal parking lot; a new apron for commercial aircraft (which began air service at PRC in 2018); and a new taxiway connector to an existing hangar complex. All of these additional projects needed significant utility relocations, as well as complex phasing on an extremely constrained site to ensure users of the surrounding facilities were minimally impacted.

The new terminal was designed to be environmentally sensitive, accessible, functional, aesthetically pleasing, value-conscious, and comfortable for all ages and abilities. It was crucial for the new terminal and surrounding areas to be designed in a way to allow for future development. This thoughtful and value-engineered design will significantly lower costs and minimize construction disruptions for future expansions. PRC decided to keep the old terminal intact, support the operations of the existing restaurant, and encourage other uses. A pedestrian ramp connecting the two terminals was constructed so people could not only eat but also see a piece of PRC history. 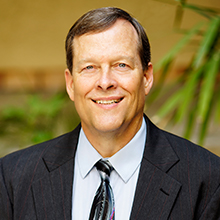