Sliplined Fusible PVC force main to provide a long-term solution in the water reclamation process for the city of Peoria.

Introduction
The city of Peoria (city) has made great strides towards treating wastewater for direct reuse and aquifer recharge as part of their sustainability efforts and water conservation. During the reclamation process, Waste Activated Sludge (WAS) is removed from the process to keep the treatment of the wastewater in balance. The city’s Beardsley Road Wastewater Reclamation Facility (BWRF) was using an 8-inch ductile iron pipe (DIP) force main to remove the WAS from the reclamation process and discharging into a manhole more than two miles away, where it then flowed by way of a gravity sewer line more than 10 miles to the Butler Drive Water Reclamation Facility.

Original construction of the 13,463-foot long WAS pipe was completed in March of 1999. Overtime, corrosion of force main pipelines can occur due to the interaction between the ductile iron material and the composition of the WAS. The city had already experienced failure in other DIP throughout the city and felt it necessary to assess the condition of this particular force main and determine whether rehabilitation or replacement was needed.

Method
The city contracted Dibble to provide an assessment of the force main and offer viable solutions. The force main was evaluated along its alignment by excavating and exposing four locations to perform visual and destructive testing on the DIP material.

DIP sewer force mains have a higher probability of corrosion due to entrapped air in the pipeline that can lead to the oxidation of hydrogen-sulfide (H2S) gas into sulfuric acid that can deteriorate the cement liner and leads to corrosion of the ductile iron.

Based on the visual observations, field measurements, and testing of the excavated sections, corrosion of the force main was present and had caused serious deterioration, indicating that the force main needed to be rehabilitated or replaced. This force main is the only mechanism for disposal of the WAS from the BWRF, making it imperative that the pipe remain in service.

Dibble recommended the force main undergo rehabilitation within one year, utilizing a non-metallic material, to ensure the WAS discharge service remained uninterrupted. Various options were presented to the city for repair, including open cut installation of a new pipe, trenchless rehabilitation, Cured-In-Place-Pipe, or slip lining new pipe material. The city considered the options available for rehabilitation and also utilized their Wet Utility Pipeline Projects JOC and selected Achen-Gardner Construction to assist in pre-construction, the evaluation of replacement/rehabilitation options, and the construction of the project.

Plan of Action
Following discussion as a team, the city, Dibble, and Achen-Gardner determined trenchless construction to be the most viable option. Due to the length of the force main, at 13,886-feet, with 95% of the pipe alignment residing within a major five-lane arterial street surrounded by residential neighborhoods, businesses, parks, and an elementary school, the sliplining approach was the most cost effective and would cause the least amount of disturbance to the traveling public. Another advantage to the sliplining method was the ability to install 2,500-foot section of pipe using strategically located access pits which would decrease the excavation, backfill, and asphalt replacement typically associated with open cut installation.

Sliplining is one of the oldest methods of trenchless rehabilitation. It involves pulling or pushing a new pipe into an existing pipe.

Three materials were considered for the sliplining method, thermoplastic high-density polyethylene (HDPE), fusible polyvinyl chloride (PVC), or with a compressed fit HDPE liner. Following a presentation to the city by Underground Solutions, an Aegion Corporation company, fusible PVC was the prime candidate for the sliplining method, due to the cost savings it provided over the other materials.

Installation
Working as a team, the city, Dibble, and Achen-Gardner developed a feasible construction plan. Dibble was also contracted to provide the construction administration and inspection services for the construction portion of the project. Project funding was set to be dispersed over two fiscal years. The project schedule was set such that a certain section had to be completed during the summer, to eliminate the impact of a school residing near the force main alignment. The fusible PVC slipline project began just after Memorial Day, on May 27, 2019.

A temporary bypass was set up to allow the flow of the WAS to remain uninterrupted. Underground Solutions began fusing the fusible PVC at street level in a closed lane. Traffic lanes were reduced to accommodate the open pits and to allow plenty of workspace and ensure safety for the public and the workers on-site. As portions of the project were completed, the lanes were reopened.

The fusible PVC was pulled into the host pipe using a 5-ton cable winch, with 13 pulls total. Most of the pipe section pulls were over 1,000 feet in length, with the longest pull length at 2,300 feet. Typical ductile iron fittings were not considered due to corrosion concerns, so connections were made with glued PVC fittings with restrain harnesses.

The installation of the force main at street level was completed early September 2019. After completion, a pressure test, 160 psi for two hours, was performed and each exposed end was sealed prior to backfill and paving to prevent infiltration into the annular space between the existing pipe and the new pipe. This portion of the project was completed approximately two months ahead of schedule.

Conclusion
Fusible PVC is used nationwide, with more than 12 million feet in service, spread between 12,000 projects. In Arizona there are approximately 15 projects using this material.

This project was a benchmark for trenchless rehabilitation in Arizona, as it is the longest fusible PVC pipe installed to date.

Fusible PVC was a new product in the trenchless application for Dibble, Achen-Gardner, and the city of Peoria. The project objectives were met, providing a reliable, long-term solution for the city and the transfer of the WAS to the next location in the reclamation process. Due to the trenchless application used, sliplining, the project was completed ahead of schedule because of the ability to slipline long segments, with minimal construction impact to the traveling public. The project also came in under budget, as the fusible PVC provided the most economical solution. 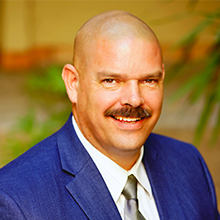