Introduction
Rehabilitating or replacing sewer lines is an important part of a city’s infrastructure maintenance program. Over time, pipes begin to experience damage through cracks and breaks, which can eventually lead to catastrophic collapse and costly emergency repairs.

The cured-in-place pipe (CIPP) method is a quick and cost-effective way to rehabilitate damaged pipes without excavating and replacing them. CIPP is a preferred method of pipe restoration and has been around since the 1990s. CIPP involves inserting a liner into the existing pipe, then curing it, typically with steam, hot water, or ultraviolet light. The liner uses the existing host pipe as a mold to form a close-fit pipe within the existing pipe. The average lifespan of CIPP is 50–100 years.

The City of Chandler needed to rehabilitate the 27-inch PVC-lined RCP sewer pipe along Jacaranda Parkway from Dobson Road to Ocotillo Road. The project originally only included the over 3,000-foot stretch of Jacaranda Parkway, but was expanded to include 8 short segments in adjoining neighborhoods, for a total of 3,930 linear feet. The scope also included rehabilitation of 13 manholes while associated pipe rehabilitation work was being completed.

Method
At the beginning of the project, the design team captured videos of the sewer lines so areas of significant deterioration and structural degradation concern could be assessed. The existing RCP had areas where the existing PVC lining of the concrete pipe was failing. One area of concern was adjacent to a neighborhood recreational lake, which potentially could have saturated the surrounding soils. The resulting hydrostatic water pressures could have contributed to a potential catastrophic collapse of the sewer main, which would have significantly impacted surrounding businesses and residential areas.

The project was located in a highly residential area, which required significant public involvement coordinated by the City. There was also a major electronics manufacturing facility in the area that could not be disrupted. During construction, the street was not entirely closed down, but was reduced to one lane to maintain access.

The project required construction of an extremely long (approximately 4,000-foot) sewer bypass that operated continuously to maintain uninterrupted sewer services for about 2 months during the rehabilitation. The above-ground sewer bypass ran on the street, as well as in the landscaped areas off road in certain segments.

Plan of Action
Because Jacaranda Parkway is a radius street (i.e., it follows a curve), the existing RCP follows the curvature of the road. The Jacaranda Parkway segment is approximately 3,000 feet with 13 manholes. To accelerate the construction schedule and reduce the disturbance time to the surrounding neighborhood, the CIPP installation “shots” (the distance from manhole to manhole) were extended significantly longer than average. In some cases, the shots measured up to 1,100–1,200 feet rather than the typical 400–500 feet from manhole to manhole.

Due to the significant length of the shots, the team decided to use hot water rather than the conventional steam method to cure the liner. The hot water method required approximately 35 hours to cure, rather than the typical 5 hours necessary for steam cure. The manholes along the road were used to access the sewer line. A 4-inch hose was hooked up to a boiler to provide constant hot water circulating through the CIPP liner during the curing process. After curing, the liner was cooled down very slowly to minimize shrinkage.

Manhole rehabilitation work included coating the bench and channel of 13 manholes. The bench (above the sewer line) is the very bottom of the manhole that connects to a channel, while the channel (at the sewer line) connects the pipes from one space to the next.

The project was constructed using the Construction Manager at Risk (CMAR) project delivery method with B&F Construction as the lead contractor, Insituform as the CIPP subcontractor, and JPCI as the manhole rehabilitation subcontractor. Dibble CM led the construction management and inspection, and Dibble provided post-design engineering support services. Dibble CM managed pay request approvals and submitted requests to the City.

Conclusion
As one of eight similar projects Dibble has designed for the City of Chandler, Jacaranda Parkway was a great continuation of Dibble’s long-term relationship with the City. By providing a proactive approach to sewer maintenance, the City maintains outstanding customer services to its businesses and residents. Dibble was proud to assist the City with a cost-effective method to maintain uninterrupted sanitary sewer service to its residents for many years to come. 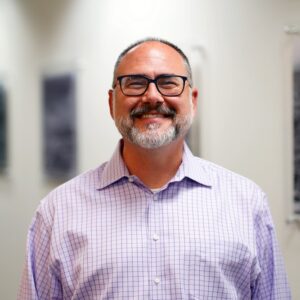